Happy Mother's Day[/caption]Shreya Sripat Shenoy is a double-hatter, juggling her roles as a dentist and as a mother with equal ease. She was a national-level tennis player until the age of 17, being the only girl in Allahabad City to represent the sport at a national level. Firm in her belief that motherhood shouldn’t change a woman’s outlook or lifestyle, she writes about pursuing her career goals, creating experiences for her daughter at an early age and what it means to be a mom in 2017.Rithaanya was a premature baby. She was born with underdeveloped valves, and as a newborn, her fragile body was unable to retain nutrients. She would frequently regurgitate and the first two weeks of her life were critical. We were on tenterhooks.For the first six months after her birth, she became the centre of my world. As she gained strength with each passing day, she came into her own, and at the six-month mark, I knew it was time for me to don another hat. A month later, I set up my first ever dental practice. It was 1st July 2016; Rithaanya was seven months old.Click here to Consult The Best Pregnancy Doctors in BengaluruI had been wary about how she would adjust to my absence, so a month before the launch of my clinic, I joined cooking classes at Taj Vivanta to see if she could adjust. It was a week-long course, three hours each day. I figured it was enough for Rithaanya to get used to my not being around.And it was the first two days, she was cranky and irritable, but as the week progressed, she learned to be without me. My mother-in-law was my backbone during this time and still is. She looks after Rithaanya when I am away at the clinic.You Would Also Like To Read: Mother’s Day Special – Meet Bhavani Nayel, A Millennium MomAnd because I know my daughter is in the best care while I am working, I can devote all my attention to my patients. I have worked my clinic timings to allow me to spend as much time with Rithaanya as possible. In addition to caring for Rithaanya while I am away, my mother-in-law prepares breakfast and lunch, while I manage dinner.I don’t see myself any differently to the way I did before. I’m still the same fun-loving, carefree girl with dreams in her eyes and ambition in her heart. I see Rithaanya as an extension of myself. I don’t think there’s a single pub or restaurant in Bangalore that she hasn’t visited.Most places provide childcare facilities, and if they don’t, many stores and restaurants have been kind enough to offer me the privacy of their office rooms to nurse Rithaanya. Because she has been used to venturing out of the house since she was two months old, she has become exceptionally social and friendly for a girl her age.I like to give Rithaanya varied experiences and introduced her to food outside when she was nine months old. What started with tasters at family dinners and lunches with friends, became full-fledged meals at restaurants.She eats red hot chillies, enjoys going out on Saturday nights and loves to meet new people. I’ve taken her to weddings and events and fed her the same meals that I ate. No special feeds, no problemo.Rithaanya has become my travel companion for all my trips. When I travelled to Mangalore with my college friends, I took her with me, and she was a wonderful addition to our group, smiling and laughing throughout. She was only five months old, then, and exclusively on breast milk.Still, she soaked up the experience. When our family travelled to Shimoga and Thirthahalli, we took a non-AC sleeper bus with Rithaanya in tow. And when Rahul and I holidayed in Sri Lanka, we took several modes of transport, including a boat, that she loved.My lifestyle hasn’t changed even after becoming a mother. I think I’ve taken a leaf out of my mother-in-law’s parenting book. When my husband, Rahul, was a little boy, my parents-in-law would take him with them everywhere, from Rotary dinners to Sunday lunches.[caption id="attachment_22363" align="aligncenter" width="559"]

Mother's Day[/caption]That’s how he became so amiable and outgoing. My own mother, on the other hand, had a very different parenting style. My grandmother encouraged her to keep her newborn at home for a full year. Having said that, my mom is very encouraging of the way I am bringing Rithaanya up today.Click here to Book an Appointment with the Best Pregnancy Doctor Near YouI think parenting styles change with every generation and I don’t think there’s a right way or a wrong way. Do what’s right for you.I was firm when I conceived that I didn’t want motherhood to entail any form of sacrifice for me. Many mothers take pride in stating that they have sacrificed their careers for their child.There’s no end to how far you can go in your career. If you continue working when your child is still young, it’s likely that they’ll adapt. I am satisfied where I am today, personally and professionally. I have the best of both worlds.Must Read: Mother’s Day Special – Meet Uma Hosangdi, A ‘60s Mom 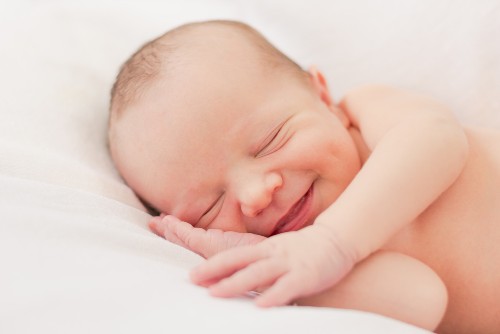