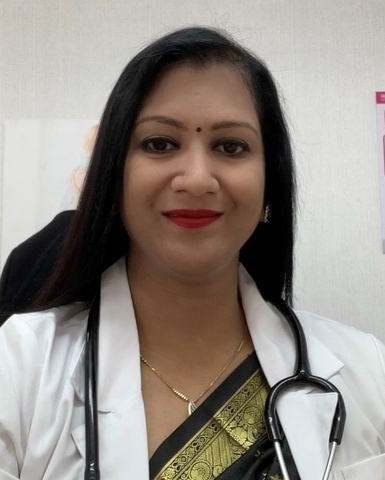 Dr. Sonam Gupta is one of the leading and most preferred Obstetricians and Gynaecologists in India. Based in Punjabi Bagh, New Delhi, Dr. Gupta holds vast experience of more than 11 years in the field of gynaecology and obstetrics and communicates in both Hindi and English. After completing her M.B.B.S, she got her M.S degree in Obstetrics and Gynaecology. At present, she is a Consultant - Gynaecologist, and Obstetrician at Cloudnine Hospital, at Punjabi Bagh, New Delhi. Her expert skills are well-known in cases such as Laparoscopic Surgeries, Complicated vaginal deliveries, infertility treatment, High-risk pregnancies, and significant gynaecological issues. Throughout her career, she has worked with the biggest names in the medical field. She was the HoD and Chief Surgeon at Goyal Hospital, Gurugram from 2010 - 2014. After that, she became the HoD and Chief Surgeon, at Apple Hospital, Gurugram from 2014 - 2019. Then, she went on to be the Consultant, at Max Super Speciality Hospital, Shalimar Bagh from 2019 - 2021. She also took DNB Classes at PGI, Rohtak and DNB Classes at Max Super Speciality Hospital, Shalimar Bagh. She has also been a part of several prestigious conferences such as the CME on induction of labour in 2021, and the Role of nutrition during pregnancy in 2021 as well. She has been awarded the esteemed Paper on the effect of Misoprostol vs Trinitroglycerine on Cervical Dilation in MTP Cases. She is also an eminent member of the Federation of Obstetric and Gynaecological Societies of India (FOGSI), the IFS, and the IMA.